The Keep and the jail

The castle tower is a magnificent ashlar construction with walls over two metres wide. The best preserved area is the ground floor, which probably corresponds to the oldest part of the building and served as a jail. The space is almost a perfect cube, roofed with a shallow vault, where you can see the remains of a hatch at the top, through which food was passed to prisoners. 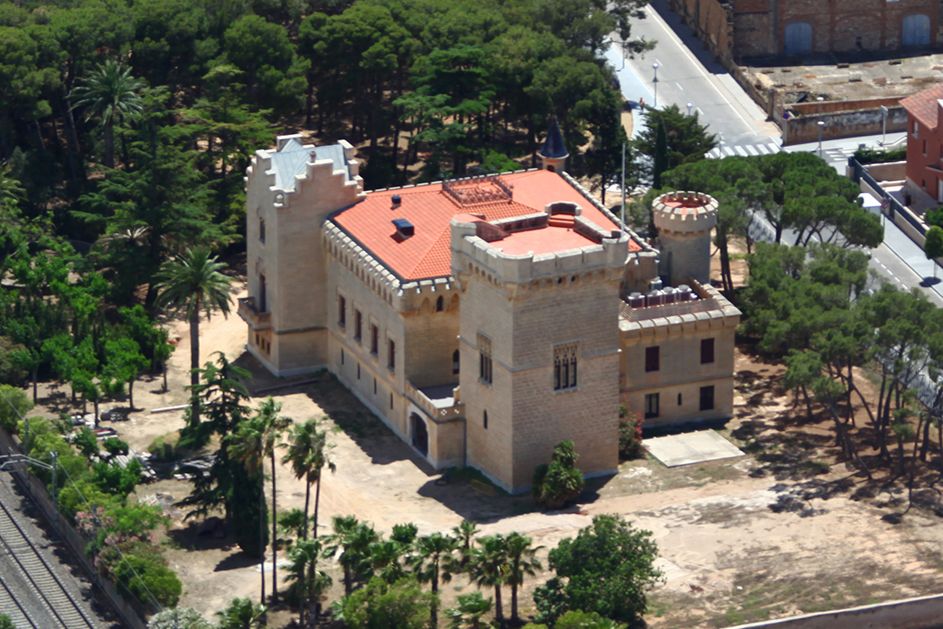 The keep is the oldest remaining part of the castle and dates from the original medieval construction. It was later reclad in the same stone as the modern additions so as not to stand out.

The keep is joined to the rest of the building on the ground floor by a doorway that used to lead to the castle stables. However, as we will see later, from the first floor up it is separate from the main building, giving it a more imposing and magnificent aspect.

There is only one, square-shaped room on the ground floor, measuring 5.1m by 4.25m. The walls are 2.35m thick. This space, covered with an ogive vault reaching 6.2m above floor level, is lit with natural light from a single open slit window. Another original slit window, in the opposite wall, is completely filled in with stone blocks. Both were remodelled as neo-gothic windows in the renovation designed by the architect Fatjó.